The space that separate us are imaginary lines

Two almost parallel fences form a matrix of lines that frame a space. Other lines are drawn in a random way, as if the lines of the fences had escaped to transform their direction, length, color and thickness in full freedom.
The rigidity and the movement coming together in the same visual frame. The line becoming three-dimensional and delimiting a space that was previously supposed in the imaginary. 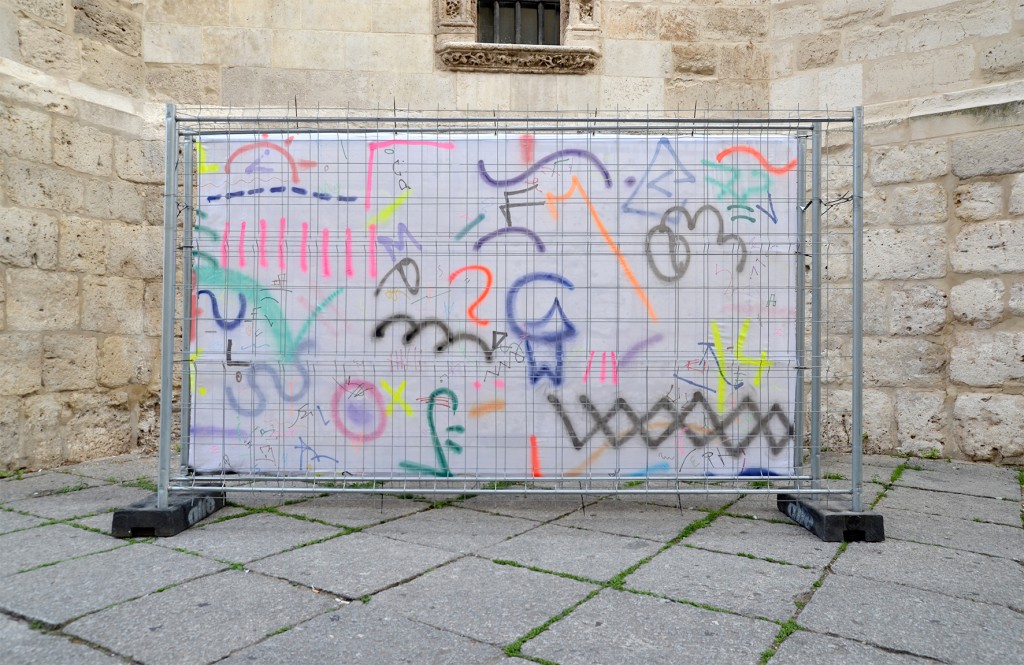 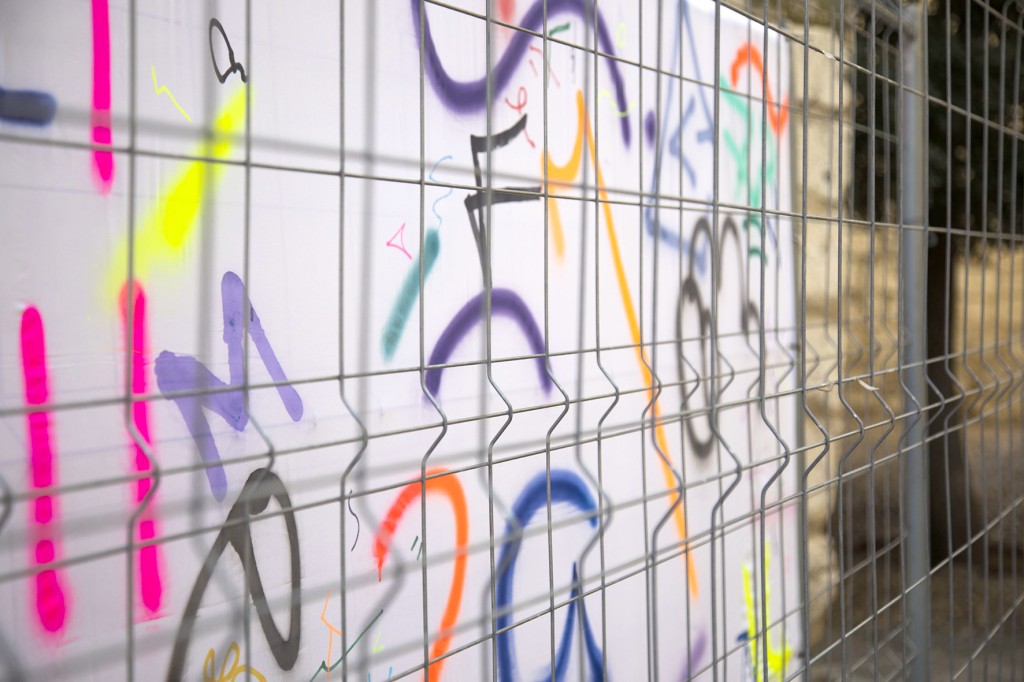 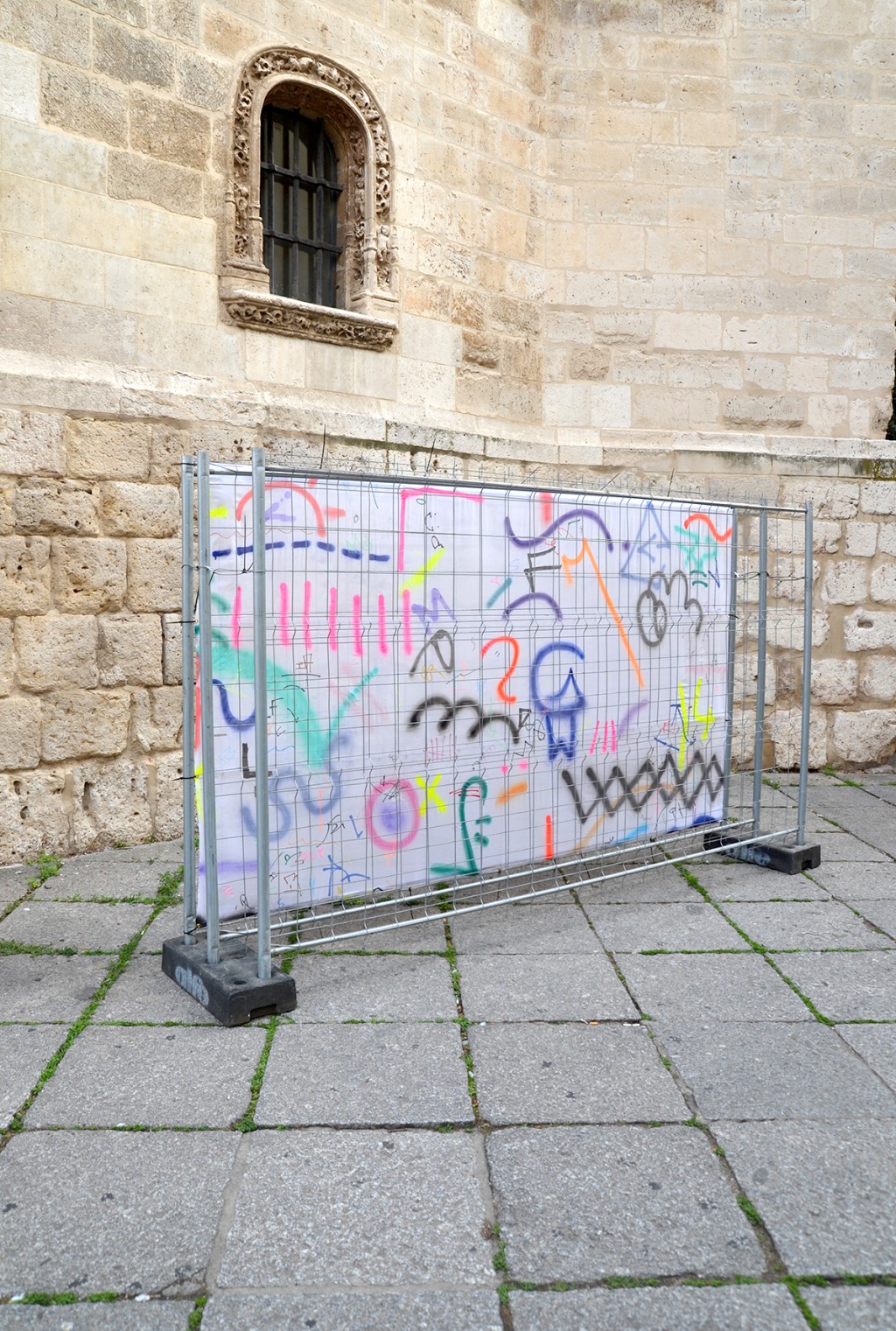