XI
The square wasn’t a square. It was outside the city‘s walls.

XIV
The gremien grouped around it: the square was in the middle.
The square was the main square.
Cavaliers competed on their horses and the audience applauded, ate and played music in a festive atmosphere that lasted for days.
There was exchange.
​
21.09.1561
When the square was destroyed by a fire, tents were build and the neighbours helped those affected by offering them their houses, food and clothing.
The square was now there for the refugees.

1903
An attempt was made to reclaim the square by placing a monument in the middle, so that it looked more like a square should.

1940
People could come to the town hall by car. The square was a street.

1950
An attempt was made to reclaim the square by building a park within it.
It was believed that the square could be reclaimed through the organisation of concerts, festivals and sporting events.

2008-Today
When misfortune struck, a lot of people lost their homes, jobs, everything.
This time, however, no tents were put up in the square to help the affected, and the neighbours did not offer their homes, food or their clothing.
The square continued with its concerts, performances and events.
​
The exchange value was lost. 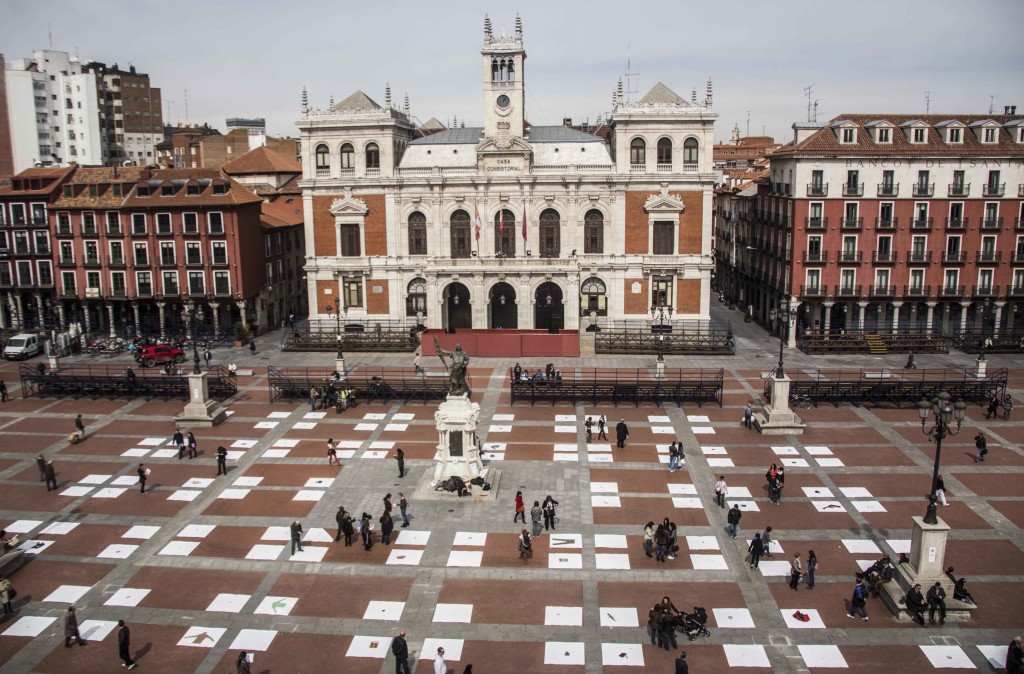 Participative installation in the Main Square of Valladolid.
Visual and sociological documentation from relational processes with observation protocols.
Post-event visualisation as an analytical result of the experiment in form of Drawings, mix technic on paper made in Air-Salzamt, Linz, AT, 2013. 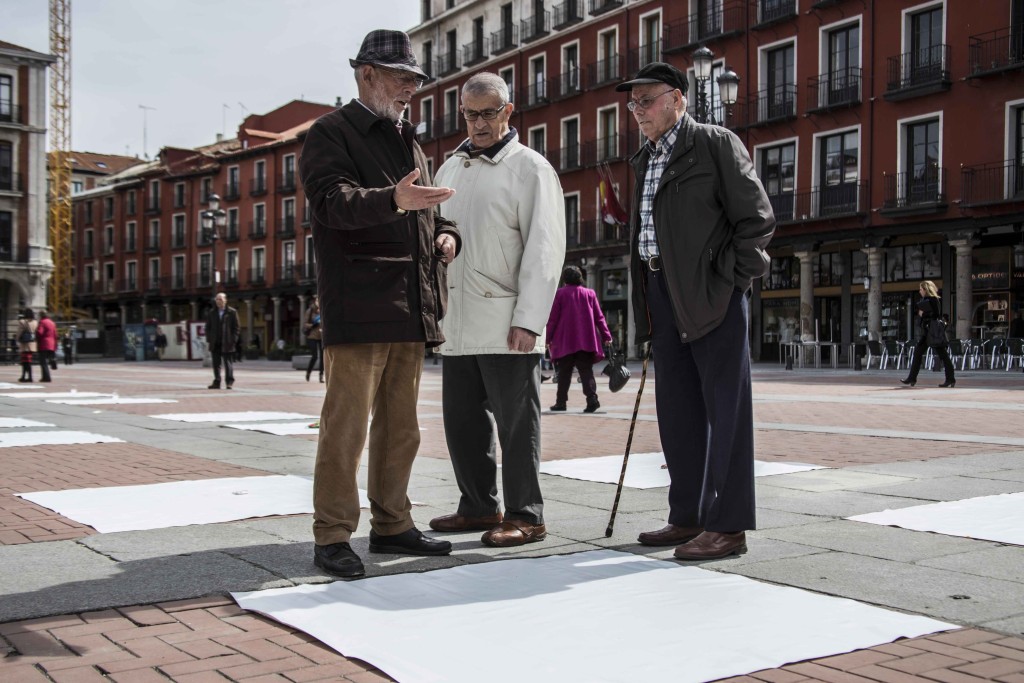 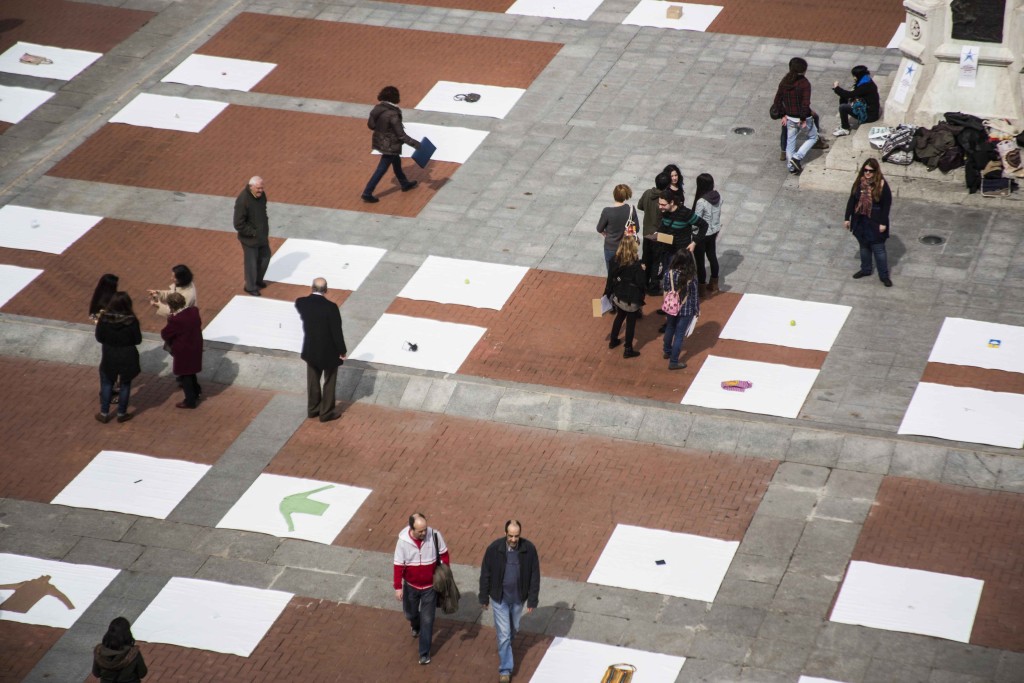