PERFECTLY YOU should come with some sort of advisory label because it carries a potent mix. From the onset of this piece the viewer is taken immediately into a luxury salon of visuals and backdrops that sedate with champagne pinks and prozac blues. The central scene of the piece looks like an exclusive sleepover, where nymphette cupie dolls exchange seductive gestures and coy nuances in this cascading art fantasy. Occasionally the adorable characters are visited by a dry-look boogie man who playfully manipulates in a game of mind control.
This leads to a sequence where two stylized vintage puff daddies are played to the hilt by Marc Brandenburg and Krylon Superstar. The two characters are suspended in their own brand name characterization, conceived in a Chanel for Men hallucination.
Most of the members of the cast are notable singers, performers and artists. This seems to enhance the improvisation of each role. The dialogue is made up of carefree banter and plenty of well edited and placed sighs of elation or despair. The subject matter rotates between serious and personal monologues and strides with a playful tune into the perplex soundtrack.
To heighten the viewers buzz, the characters faces have a youthful beauty that conveys a sinister vibe. It is as if Pasolini himself cast each actor and armed them with a bit of make up and some expensive drugs. Designer Brigit Neppl summons her creative look on these characters via Clockwork Orange and Betsy Johnson with a wardrobe that becomes an integral part of the visual side effects. Custom designed plastic bags appear on some of the characters heads with matching loin cloth creations that are fitted to chaste perfection. The fashion is defiance, chastity and provocation.
Two of the characters that capture the screen in an especially crafty performance are Namosh and Gina V. D Orio. Namosh's features appear with a timeless resonance that predate video or film maybe even painting. While Gina is a sweetly diabolical Romy Schneider. Their faces and gestures are flooded with too much charisma.
Throughout PERFECTLY YOU, dazzling synthetic scenes make the film intoxicating and the viewer feels like an experiment in this experimental paradise. After watching this piece you may require a moment to repose, or perhaps a pill, to help digest the full impact of this Plastic Video Exploding Inevitable. 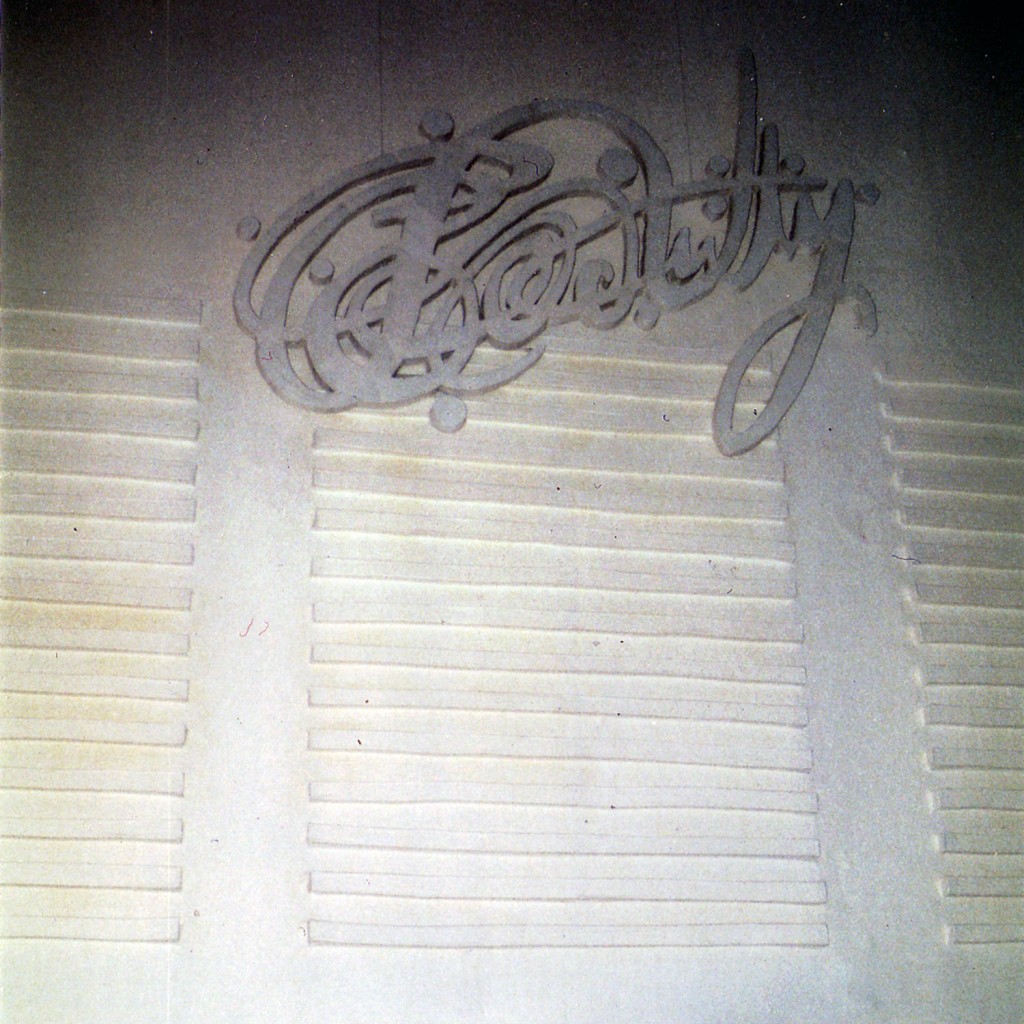