Gallerinatten, 26th of September 2009. “Three months before the grand inauguration in December, Moderna Museet Malmö will arrange its first public event. As a part of Gallerinatten on September 26 we give you an opportunity to mingle in a large-scale plastic bubble outside the museum- in the middle of the ongoing building process. The plastic bubble that will be placed on the street outside of the museum is a spectacular architectural structure and an experience in itself, designed and manufactured by Plastique Fantastique. Friends of Moderna Museet will be in place ready to sign memberships and there will be plenty of information about the new museum. In one part of the plastic bubble, where it has entered the building, the video Speech Bubble by American artist Adam Leech will be shown.” (Joa Ljungberg). 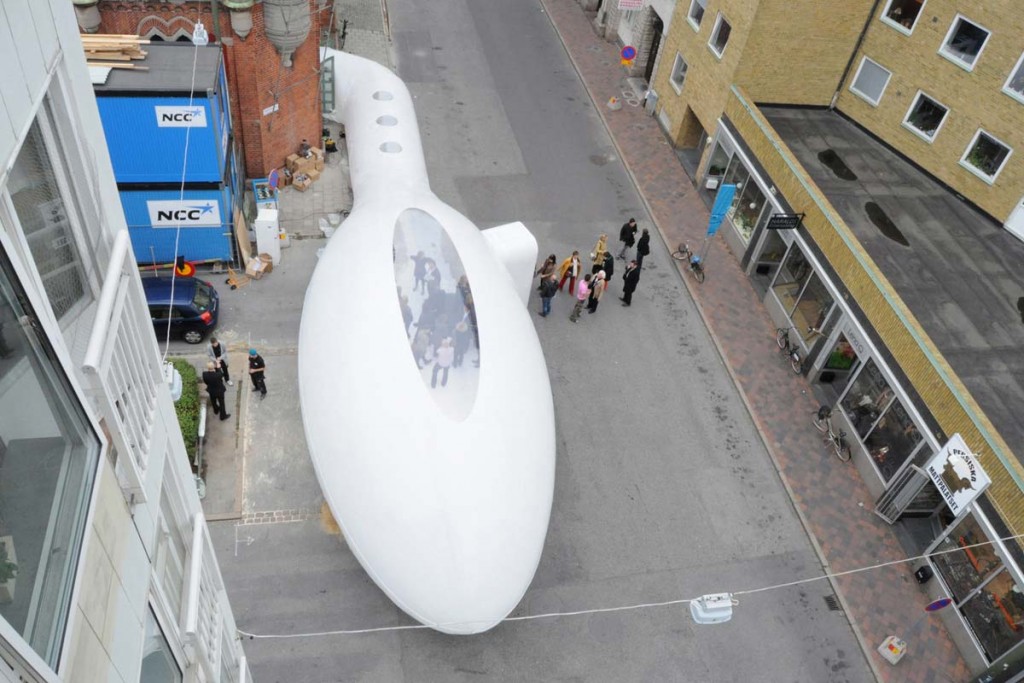