Crows are highly intelligent and graceful birds. They are omnipresent in the everyday life of the Berlin inhabitants - but only a few people are aware of their special significance for the history of the Berlin Wall. Numerous animals found their home on the border of the divided world. Every evening a spectacular show was repeated: the birds gathered together on the death strip before breaking away towards their sleeping places in the surrounding parks. They became a kind of symbol of the Berlin Wall. The black-gray birds are known as the "Russian crows", the black ones come from Western Europe. Only in Berlin area do they meet. We recall this phenomena with an art installation. Once again, a flock of 1000 crows landed and stayed on the former death strip. Some crow sculptures (about 400) were painted by school children, senior citizens, community members, artists and workshops participants from all over the world. 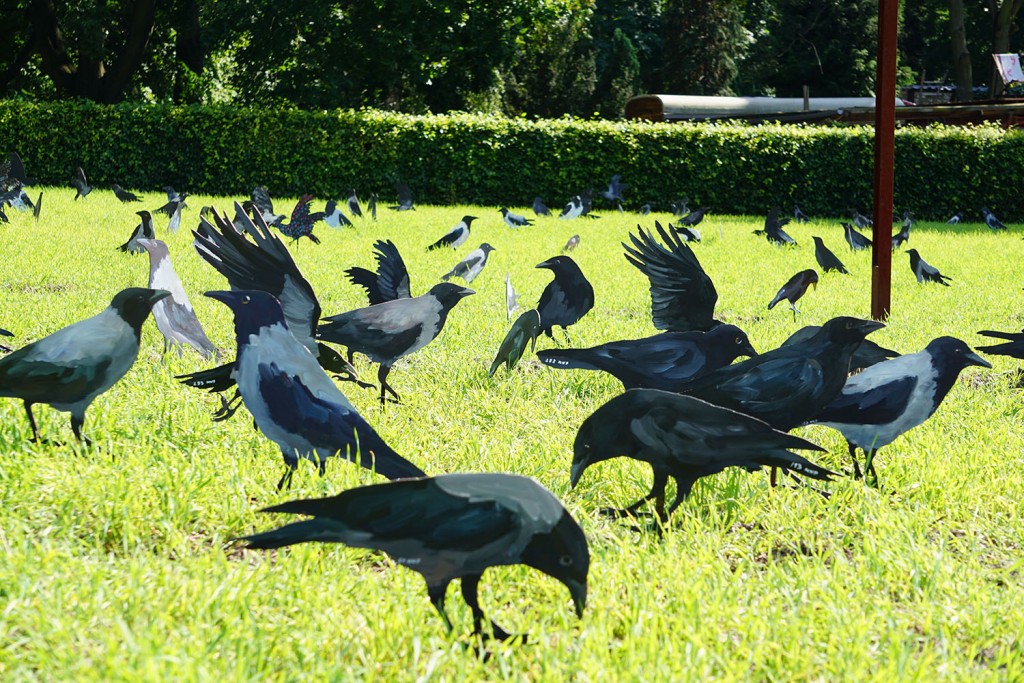