BOOKSTR was hosted and invited by Oda Projesi for a 4-week stay where its books' selection is once more available and a new Radio project co-produced. Set-up in two rooms of the space, the recording & broadcasting studio allowed to produce a radio program based in interviews, discussions, field records, soundscape, sound experiments, jingles, music, live events, etc. where the content was essentially coming from Oda Projesi’s gentrification concerns and its reflection through the project. During the broadcasting, no one would be able to enter to Oda Projesi apartment in the first week but then the studio turned out to be the meeting point for the radio. People were coming with their handy radios. These were the last days of the space of Oda Projesi. The radio was treated as a new project space for Oda Projesi and for the neighbours. The diffusion was limited by the street and the courtyard where Oda Projesi is taking place. 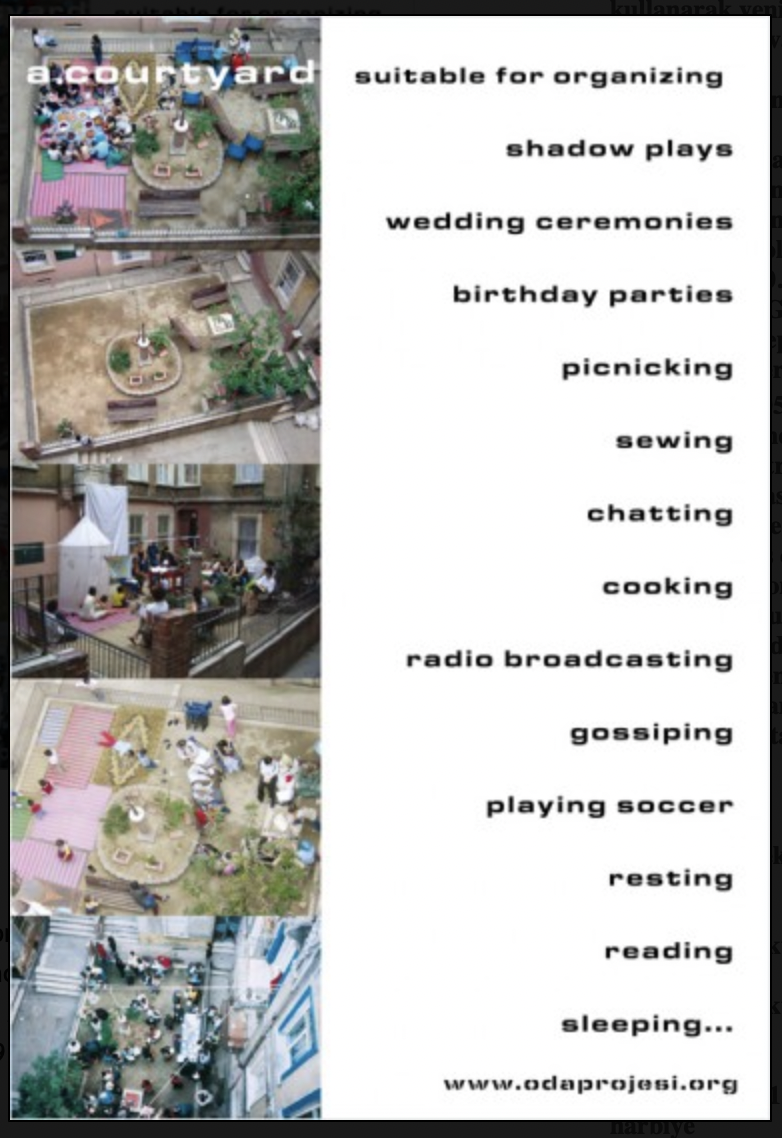 The courtyard that Oda Projesi was facing (2000-2005) shaped the project idea and the strategies & tactics of the collective work. 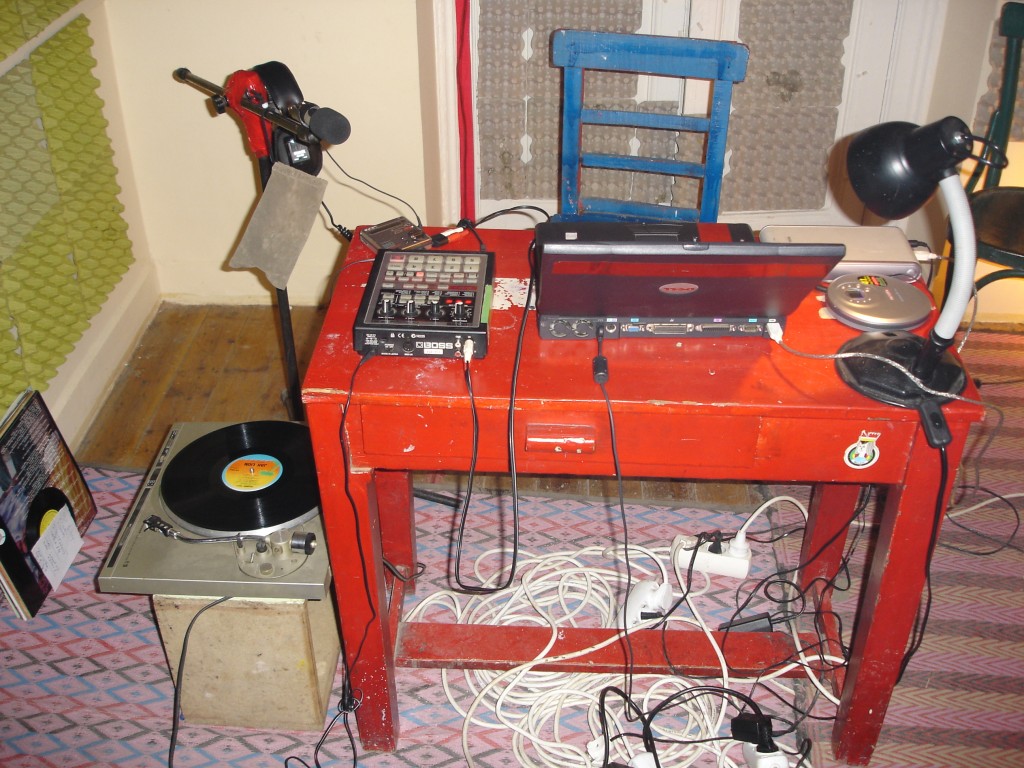