The work Letter Performance (Grande-Synthe), based on the encounter with inhabitants of the city of Grande-Synthe, interrogates the relationship that connects us with the place where we live.

The project lasted nine weeks. The research with the inhabitants developed during workshops based on writing and observation. During these workshops, the multiple and contrasted aspects of the relationship of the Grande-Synthe inhabitants to their own town were explored together. Words and sentences appeared which express their memories, attachments and doubts.

The circulation of the photographs is the outcome of the project. Posters were put up in public places in Grande-Synthe: the library, the college and others. Postcards were printed and abundantly distributed. Thus the images are propagated in the city, being scattered in daily life and meeting their audience. 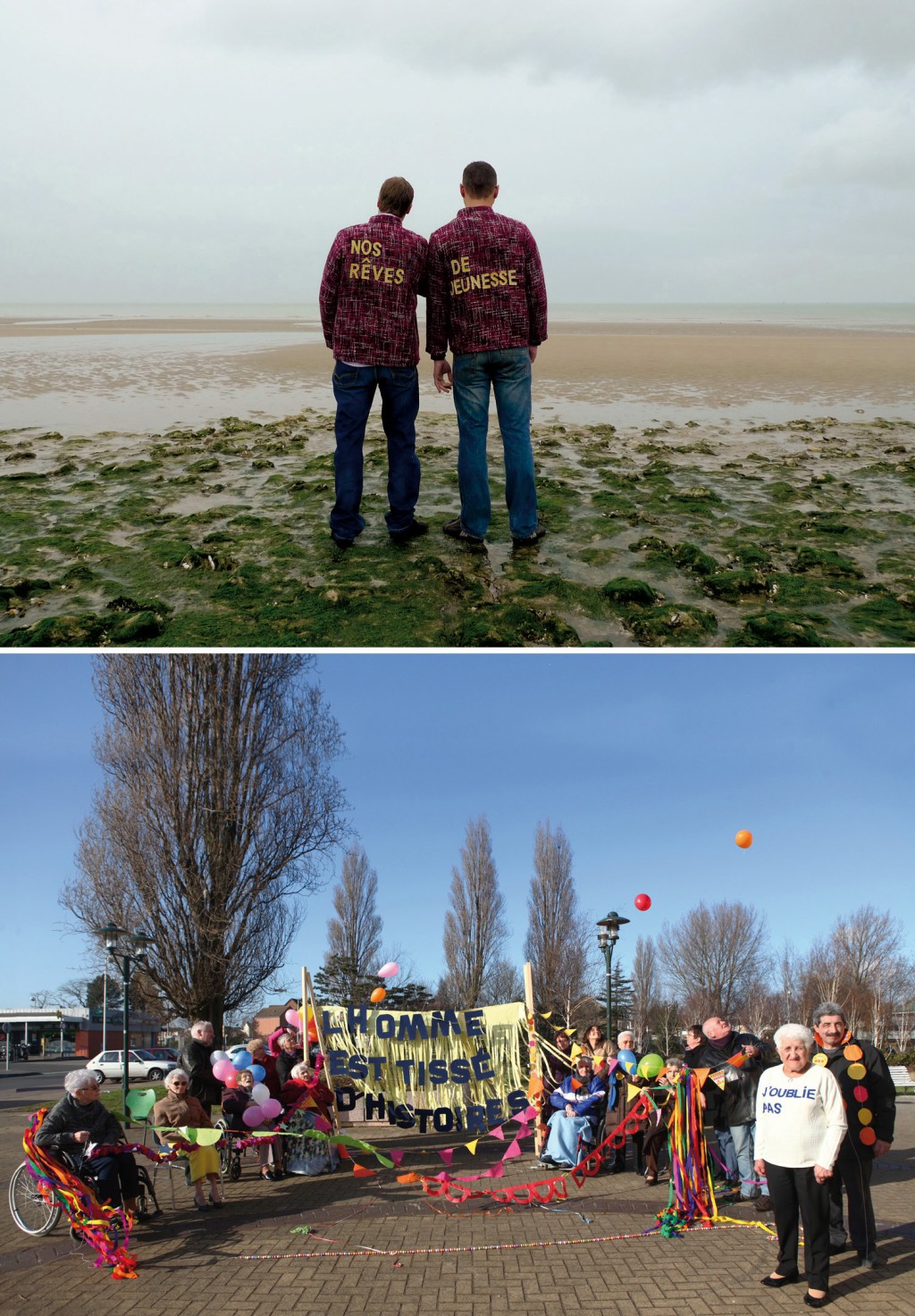