The area of Baedari is the historical and cultural center of Incheon, the third largest city of South Korea. It grew around traditional architectures, winding streets, used books stores and popular markets.
The city government plans to destroy much of the area to conduct a „city remodeling plan“: a fast and profitable urban planning without any consultation. The local residents are convinced that their district should be preserved. It contains the roots of the modern Incheon, the necessary presence of the past to understand the present. The residents mobilize, they act together. They organize events to bring visibility and invite artists. In doing so, they embody the notion of „cultural activist“. 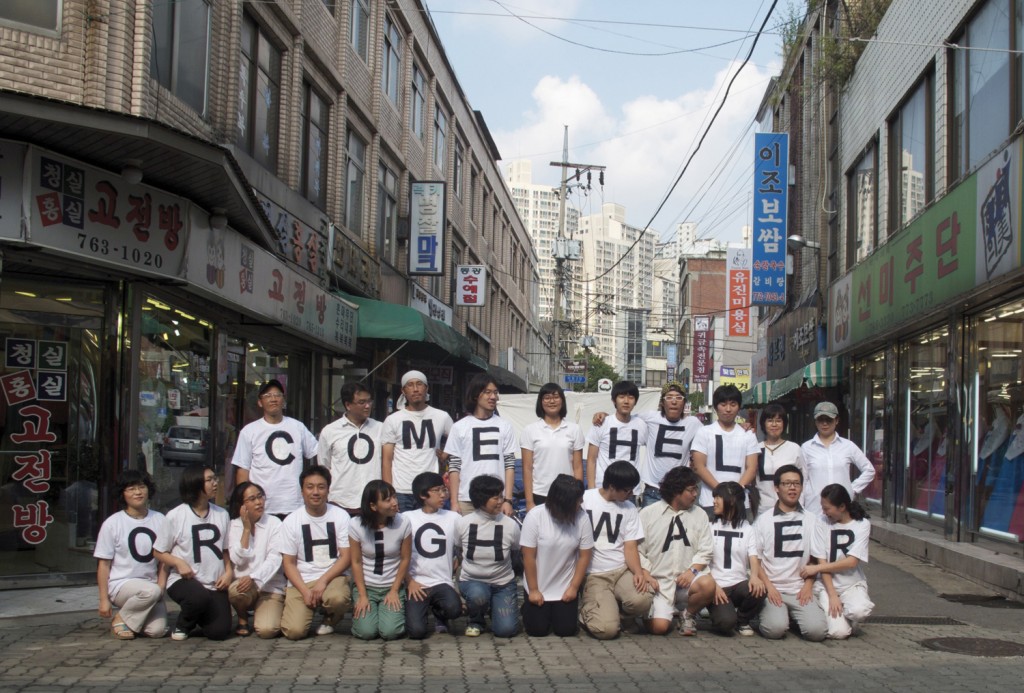