egg tempera and oil on wall, floor and canvas, 600 x 600 x 400 cm
objects: egg tempera and oil on concrete and styrofoam, each 160 x 45 cm Ø
This Spatial Painting was realized for the Lulea Art Biennial 2011, LAB11, in Lulea, Sweden.
Baker was a squirrel monkey sent to space 1959, aboard an Army Jupiter missile and Arabella was a spider sent to space 1973 on one of the last Apollo flights. This work is in conjunction with a graphic novel about Baker and Arabella in outer space called ‚the black whole’. 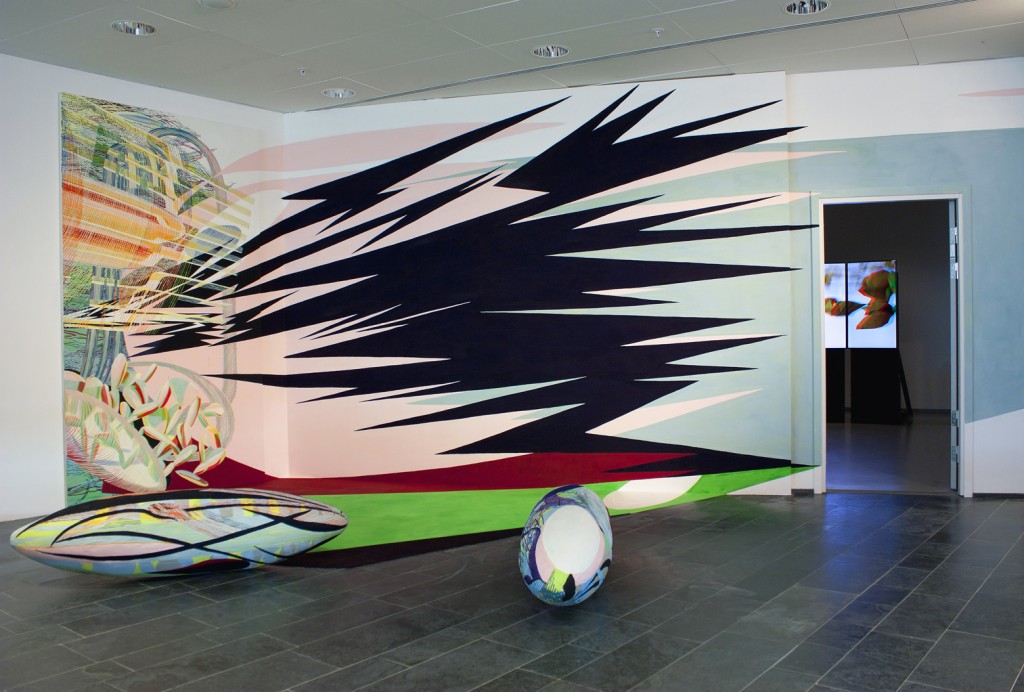