ARENA is an interactive sound sculpture by Berlin-based artist Benoît Maubrey. It is conceived in the shape of a small amphitheater, constructed with 320 recycled loudspeakers (all connected). The sculpture can function both as a mobile “Speakers Corner“ — a “hotspot“ for local participation and self-expression but also as a forum for small events and concerts.
The public, local artists, musicians, choral groups and organisations can participate by relaying songs and messages via Bluetooth and individual Smartphones and expressing oneself “live" for 3 minutes , by connecting via „audio” twitter or by connecting their devices, microphone, and instruments via a direct "line in.”
or via “Audio Twitter” #speakersarena by sending a message that will read out loud automatically.
Additionally ARENA can be used as PA system for events, DJs, and small concerts.
The volume is controllable via a mixing board, individual amplifiers and receivers situated in a small storage space nearby.
This interactive public sculpture has won first prize at the Hacking Urban Furniture contest in 2017 (Institute for Art and Urbanistics, Berlin, Germany) as a public interactive sculpture and recently been nominated for the Media Architecture Award for Interactive Public Structures in Bejing.
It was realised in Berlin in 2019 with a Kulturhaupstadt Grant for the duration of 4 months near the corner of Potsdamerstr and Pallasstraße 3 in front of the so-called “Pallasseum” neighbourhood building.
video. 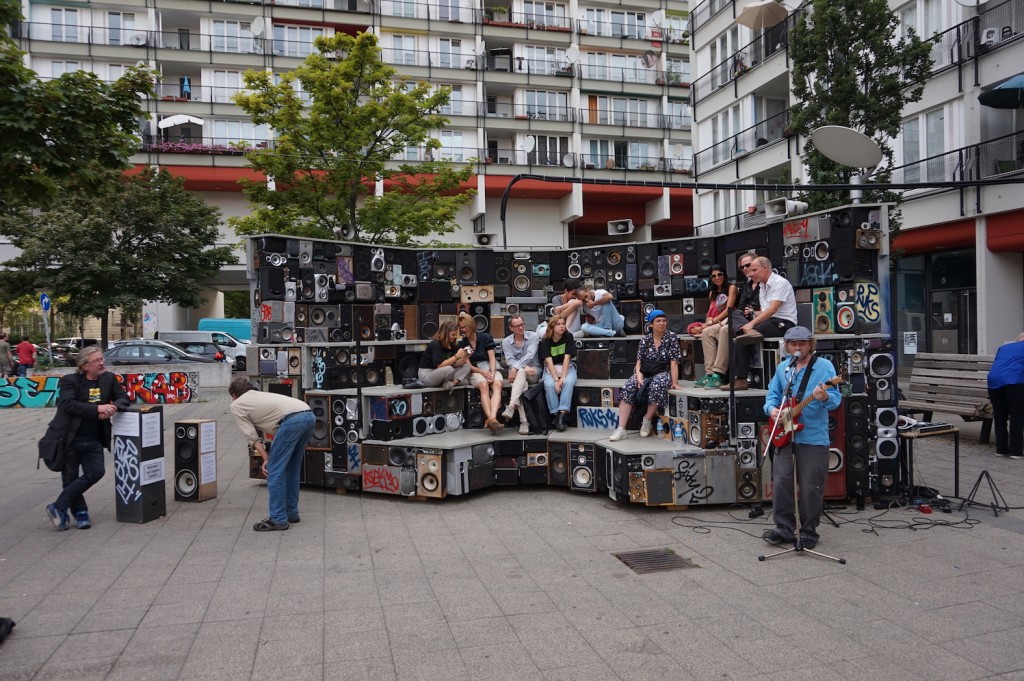 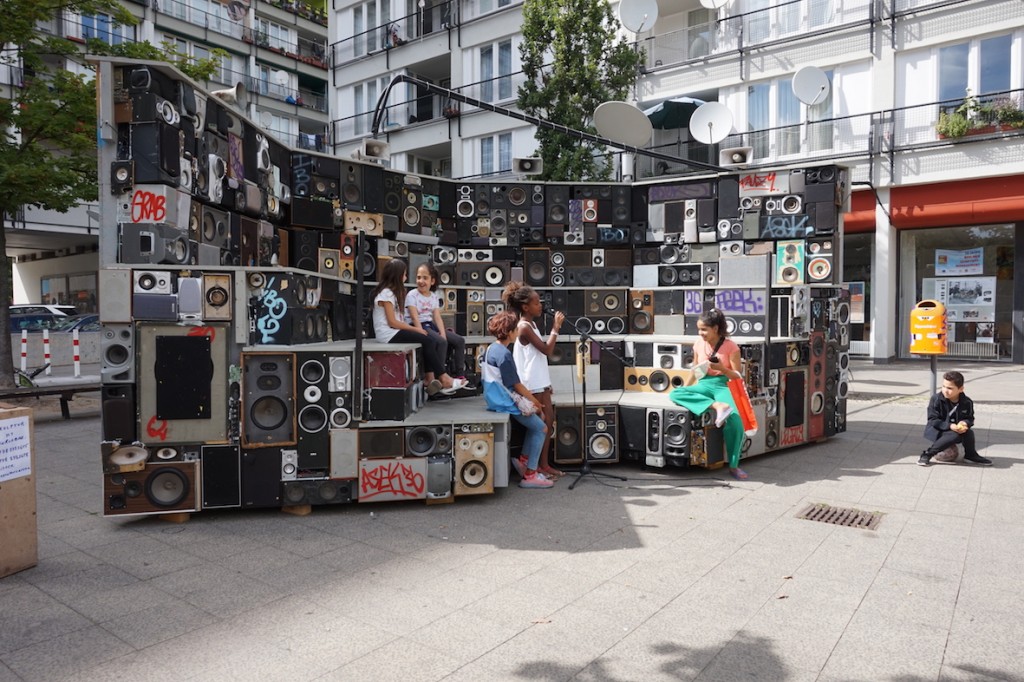 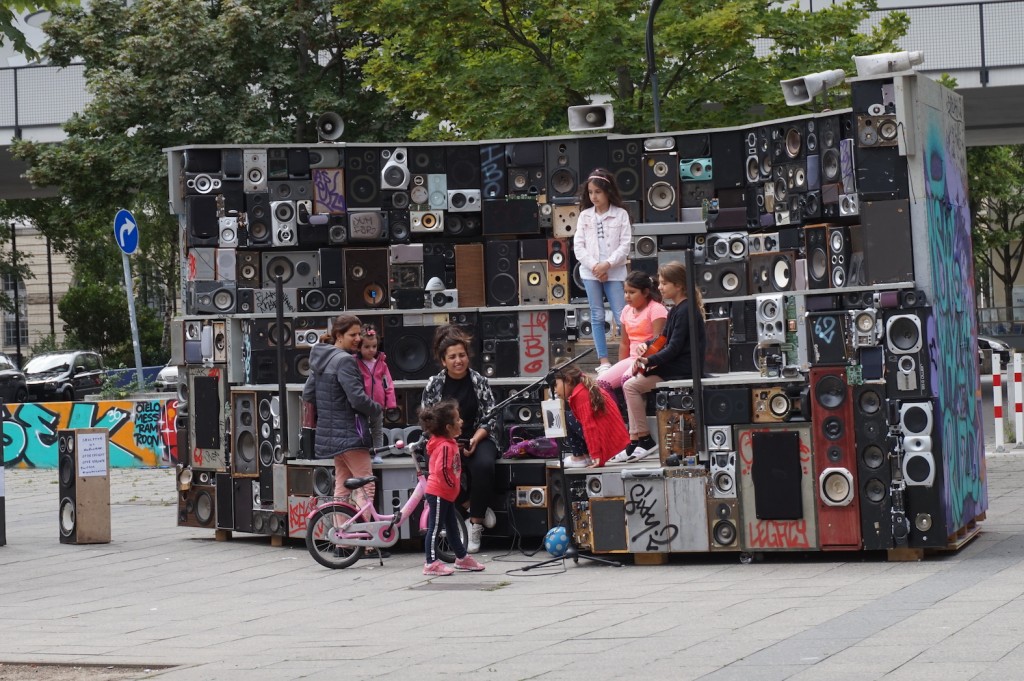