A flag and its symbolism reflect an abstract system, where the narrative of a shared culture is created through colours and shapes. Charged with meaning, they act as anchors for the disoriented, holding value through fictional stories of our collective identities.

Reflecting a dissatisfaction with the national and traditional symbolism of flags, Mundinger is taking a stance by cutting them into shreds before sewing the pieces back together. Consequently, the flags lose their purpose and cease to have a meaning, becoming mere mosaics or abstract fabric paintings.

These ideas of mental frontiers are combined with painting on paper and traces of graffiti writing collected from walls in a public space in Berlin. Those who left their mark thought they were writing on a wall, illegally, leaving behind them clandestine attempts for recognition of their individual identity. Little did they know that the wall was in effect a paper, meant to be exhibited as part of 'Symbols and Signatures' at the Yeoju Museum in South Korea.

Curated by Goo Bon Man and Park Bo Kyung
The installation is a further development of my exhibition Sichtfeld at Hosek Contemporary in Berlin, 2019. 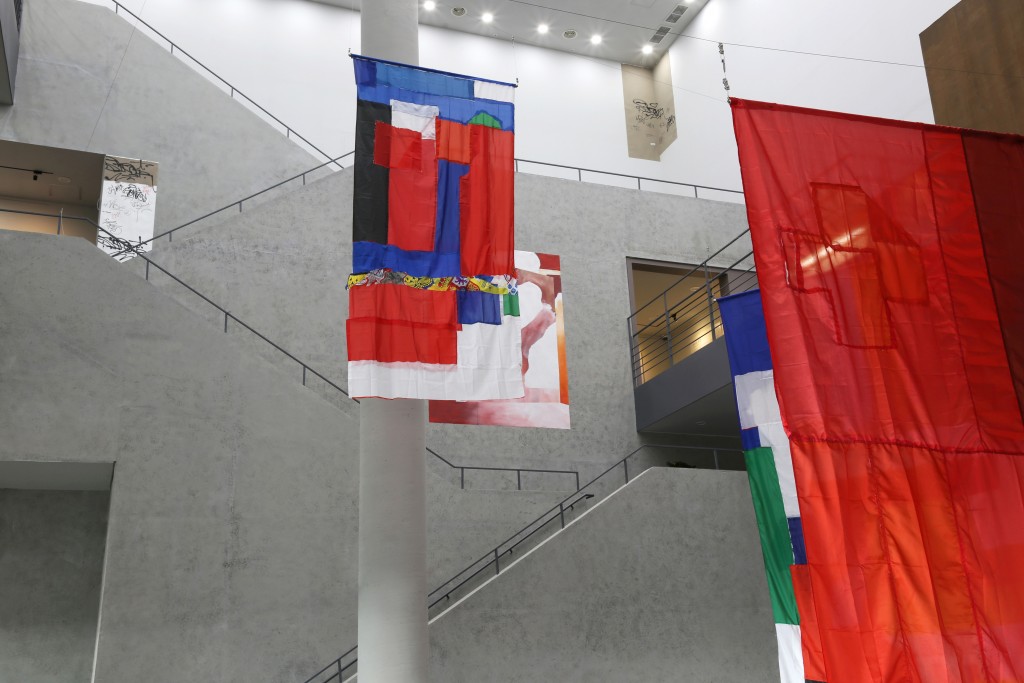 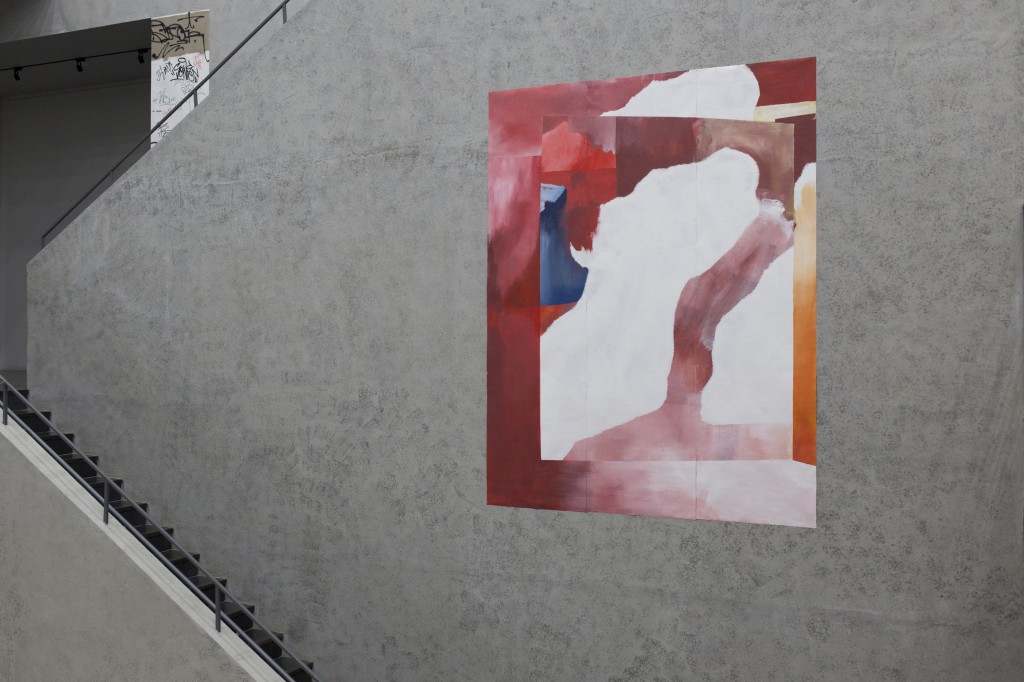 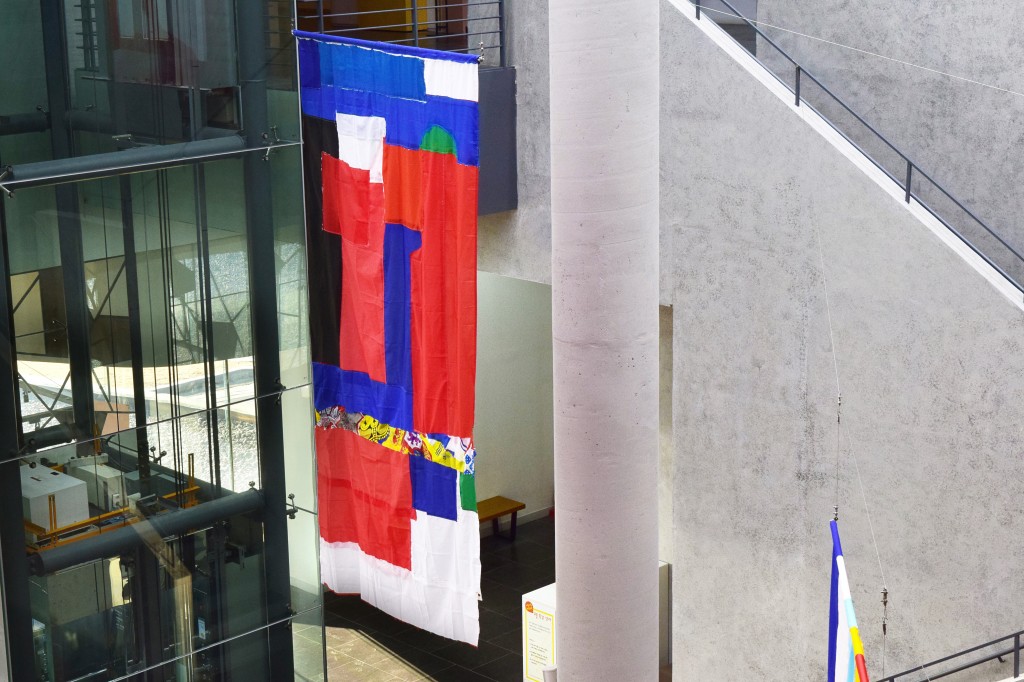