Common Ground is a temporary site specific sculpture commissioned by Werkleitz Festival. The 2019 edition “Model und Ruine” unites 13 public art positions in and around Georgengarten park, Dessau. Typical for the 19th century the park features a series of small buildings, pavilions and build ruins which serve as a ‘fake’ romanticized landscape-scenery. Today the most common backdrop is the greenscreen. It is used in film and other media productions to ‘key in’ any desired digital image as a background. The greenscreen represents all the possibilities of cultural production, a blank space and projection surface disconnected from physical boundaries. But common ground is also a place of consent and social relationship in times where a single tweet of a president makes world markets collapse within seconds. The 6,5 meter tall green surface is a post-digital scenery on top of a much bigger romantic scenery of 19th century feudalistic times. It is also just a new tree in the park.

Werkleitz runs in conjunction with the festivities of the anniversary of 100 years of Bauhaus. Thanks to the whole team making this work possible. 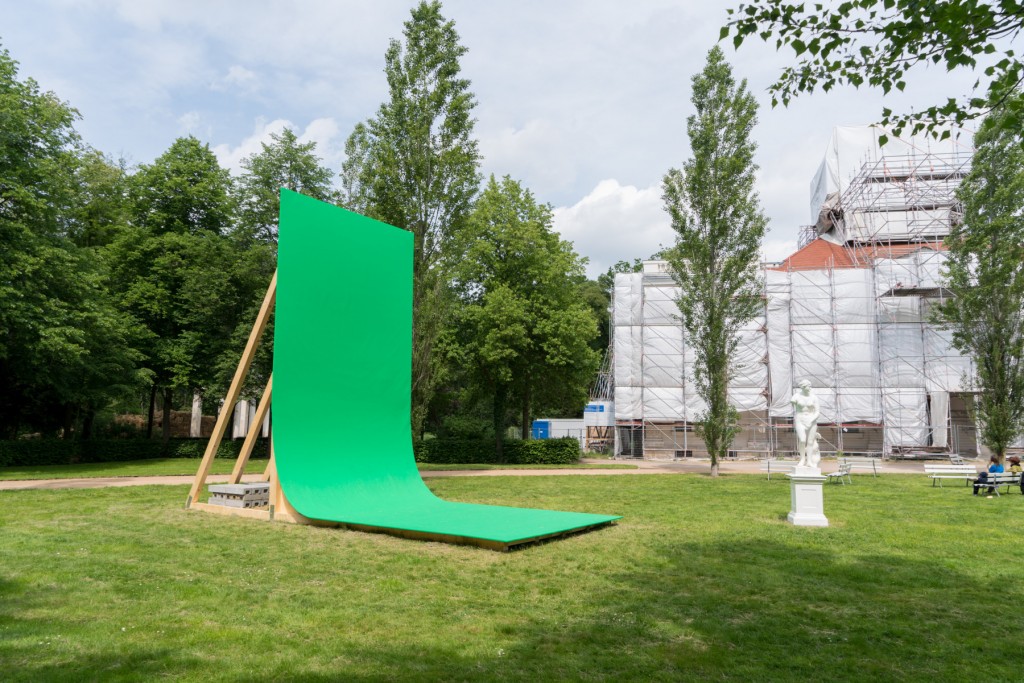 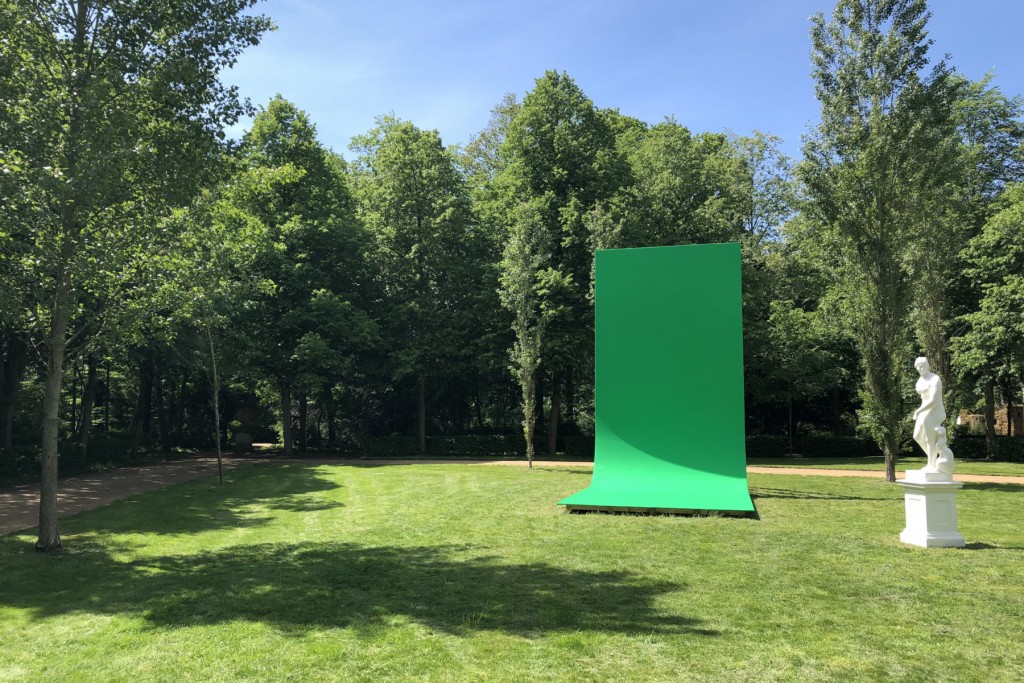 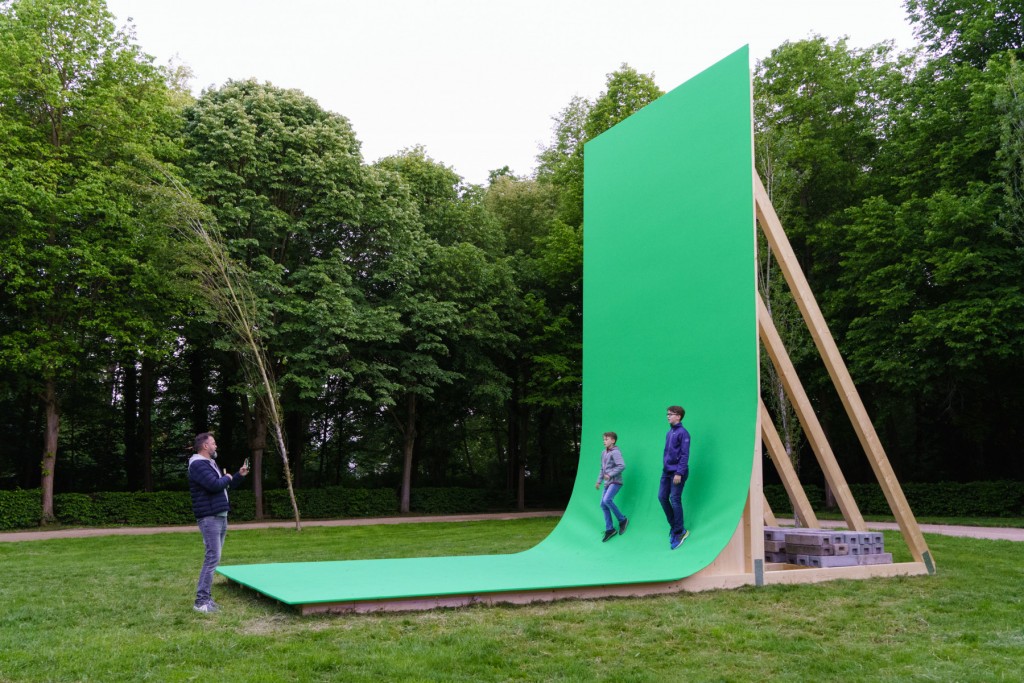