How can Berlin's artists* be kept in the city? How does a housing association work with an initiative or a private developer? How do you close the gap between financing needs and funding programmes? How can places for art production have a positive effect on the neighbourhood?   The studio commissioner for Berlin , Dr. Martin Schwegmann, and raumlaborberlin developed and discussed these questions together with the city-owned housing association Gewobag, the private developer Artprojekt and TTI in a cooperative process with artists, sustainability banks, cooperatives, senate administrations, members of parliament, scientists and planners.

There are innovative approaches to how to cooperate constructively in new alliances and how art production sites can have a long-term stabilizing effect on neighbourhoods. Examples are the Haus der Statistik, the ZK/U or ExRotaprint. An actor landscape of alternative donors and developers is establishing itself, but they need concrete interfaces to the cities administrations, funding schemes and beyond.

Key findings and demands of the publication:

It is necessary to secure, create and integrate new places of artistic work in the city on a permanent basis:

In the study Art City Lab from 2014, raumlaborberlin in cooperation with the fine artists association berlin (bbk berlin e.V.) and the Senate Administration for Urban Development and Environment investigated the creation of affordable new spaces for the production of art.  Currently, about half of at least 8,000 fine artists are looking for affordable studios in the city. The trend is rising, as around 350 affordable studios are lost every year. This demand is offset by "only" 936 subsidized studios and studio flats. The situation is dramatic, time is pressing! Tendencies such as in London or New York, where artists are largely pushed into peripheral areas, are threatening.   For Art City Lab 2 in 2018, innovative concepts and concrete implementation proposals were examined in two workshops at the Hafenplatz in Kreuzberg in order to clarify how affordable space for art production and living can be developed in the city - both in new buildings and in existing buildings. The resulting publication summarises the results and is intended to stimulate further discourse.

"With increasing construction activity, space is also becoming increasingly scarce and competition for land is growing. [...] But Berlin needs creative people, even in the city centre. Because only mixed city quarters are alive".

"For the integration of new, affordable locations for studios and other artistic uses to succeed, we have to find out where in the city there are still interesting, unused spaces. And we have to analyze how we can create resilient organizational and financing structures [...]".

"Out of personal concern to find art and artists only in the periphery of the city at some point, to lose them completely from the cityscape, we at Artprojekt decided to create a fixed quota of three percent for affordable studios of different sizes and possible uses in our future city projects.

"The question of the production of affordable spaces for working and living, also for art and culture, is the key issue if Berlin wants to preserve its diversity in the future. This requires a diversification of the actor landscape and the formation of new powerful networks. Helping people to help themselves and safeguarding existing locations must be given political priority".

"In all discussions and negotiations about new cooperations, it is essential not to lose sight of the actual goal: the long-term safeguarding of living locations for art production. 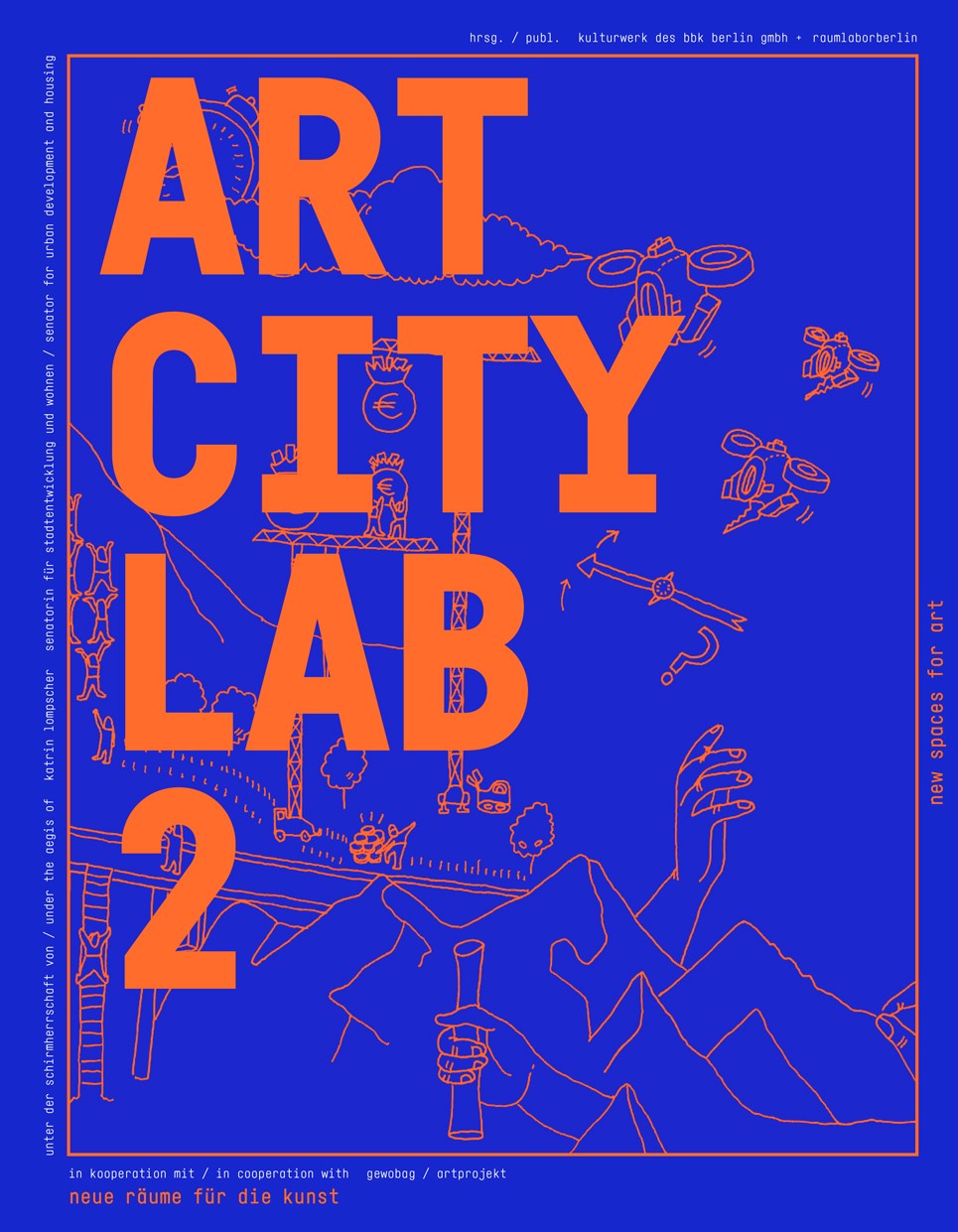 Under the Aegis of: Katrin Lompscher, Senator for Urban Development and Housing

Artistic production and the spaces available for this within the urban fabric have always played a valuable role in urbanization processes. Art City Lab takes Berlin as an example of such developments. After the fall of the Iron Curtain, artists had great opportunities to occupy and appropriate empty lots and houses, whereas nowadays they are increasingly pushed out of the city.
Art City Lab examines and documents alternative architectural and organizational approaches to the creation of affordable studio space, by analyzing a variety of prefabricated building systems and how they can be combined, adapted, and condensed into new studio prototypes.

raumlaborberlin (ed.) in cooperation with the Senate Department for Urban Development and the Environment, Berlin, the berufsverband bildender künstler berlin, and the Atelierbüro/Kulturwerk des bbk berlin

With the 6,000-7,000 visual artists now living and working in Berlin, the city has developed into a world metropolis of art, whose appeal is felt throughout the city, not least in the real estate and tourism sectors. The still ongoing influx of national and international artists is shaping Berlin's image. One of the main reasons for this development is the fact that in the post-reunification period there were many opportunities for affordable inner-city production, exhibition and living space for the artists, most of whom were economically precarious.

In the meantime, however, such possibilities have been dramatically lacking due to the increasing pressure to exploit the old building stock in inner-city areas, while the economic situation of artists has not improved. Rather, the increases in value in the real estate industry, which are partly due to these actors, are leading to their own displacement. The pilot study Kunststadt is intended to show ways in which this negative development can be broken, not only for art, but also for urban development and for the perspective of Berlin as a whole. 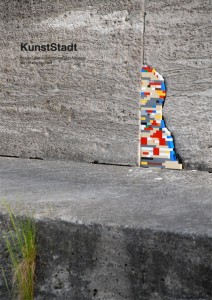