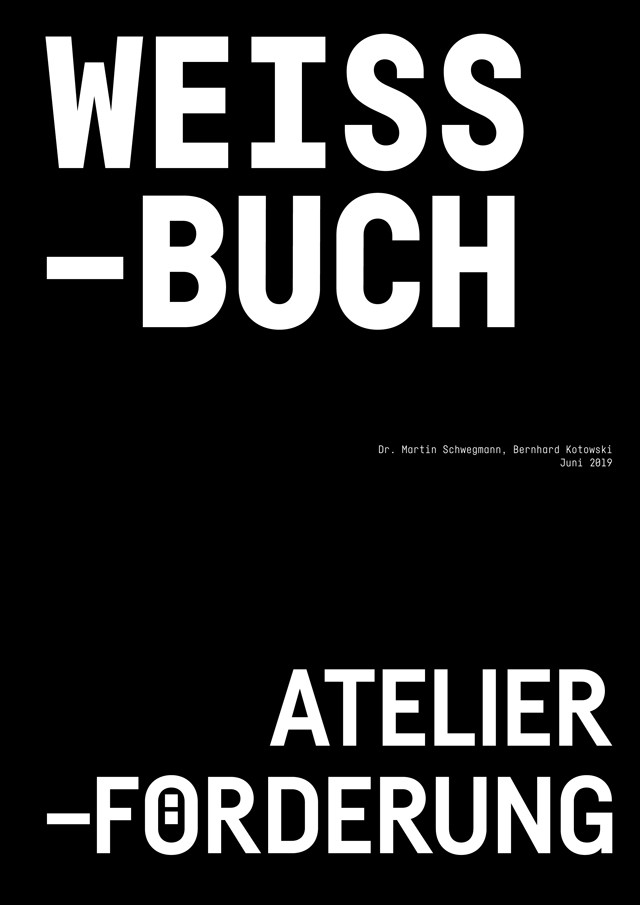 What's that? Why now?

The White Paper is a cooperatively developed catalogue of proposals. It is being made available to politicians and administrators in order to make concrete and constructive suggestions in the current process of developing studio and workspace funding, on how to obtain and generate long-term, secure and affordable space for professional artistic production in Berlin. The overarching goal is: to secure Berlin's worldwide importance as a location for art production in the long term.

Currently, the Senate Cultural Administration, but also the Urban Development Administration, are setting the course as to how and in which constellations studios and work spaces are to be developed in the city. This is why clever and far-reaching decisions are needed NOW: in cooperation with civil society and its organisations.

The White Paper stands for

These are the guiding ideas with which affordable, secure and authentic locations for art production in the city can be maintained and developed in the future.

We make concrete proposals for this. For example, we will redesign the support structures in the rental program so that more existing locations can be retained. The aim is to support the artists' abilities as pioneers of space. It is about flexible building cost subsidies, for example for artists' communities and cooperatives.

Specifically, it is also about an immediate studio programme, with which 700 new and additional studios can be offered in the rental programme over the next two years.

And it is about new approaches in urban development policy, which must be intertwined with cultural policy under the heading of "cultural planning". It is about the resumption of the promotion of studio apartments in subsidised new housing construction.