We are what we eat / Wir sind was wir essen

Multi-cultural notice board “We are what we eat” (unrealised)

The facade of supermarket discounter LIDL on Donaustrasse -
right in the centre of downtown Neukölln - is transformed into a
huge colourful graphic notice board where local opinions on the
subject shopping and food are to be read in various languages that
are spoken in the area.
The content of the quotes is extracted from a survey undertaken
right in front of the store, where by-passers and customers have
answered questions regarding their shopping attitude and eating
habits. Using the subject of food as a vehicle to talk about cultural
and personal identifications, a portrait of the neighbourhood is
created representing the large social spectrum and the multiplicity
of the neighbourhood. The graphic language of the wall-painting
is inspired by pop-art; by visually appropriating and playing with
LIDL’s own brand identity the work examines and questions the
way classic commercial advertisement works.
The proposal won the competition initiated by the cultural
council of Neukölln. Unfortunately it was later rejected by
LIDL after a lengthy negotiation process. So for now the work
only exists in the form of a proposal. 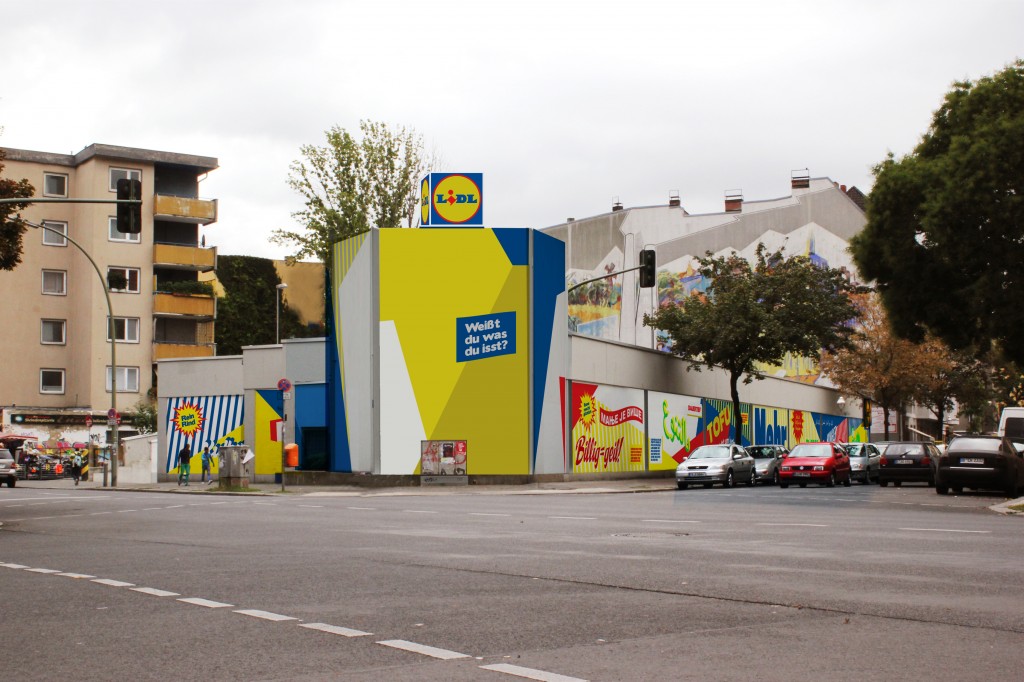 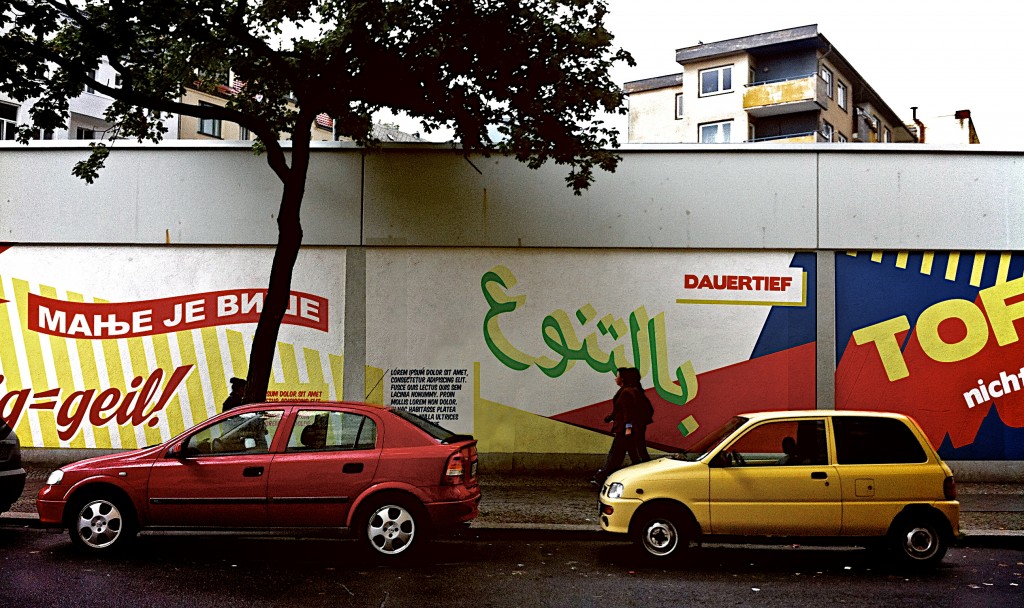