Modernist architect and urbanist Lucio Costa considered the rammed earth construction technique – or taipa, as it is known in Portuguese – of Brazilian colonial houses an expression of an authentic rural life. Such constructions were deemed “legitimate things of the earth”, like anthills and corn crops, thus connecting the built structure to the very soil that gave the rural family sustenance and meaning. But he also considered taipa a predecessor of the reinforced concrete that he and his peers would put to use in some of the country most revered architectural landmarks. In São Paulo, moreover, such colonial houses would equally feed into the local myth of origin that revolved around the idealized figure of the bandeirante, portrayed not so much for their brutal treatment of indigenous populations, but rather as daring pioneers who braved the country’s dangerous backlands.

Casa do Sertanista, where Matheus Rocha Pitta installed Reintegração de Posse, is precisely such case, having been restored as part of the celebrations of the 4th Centennial of São Paulo, 17th century. The exhibition title is ambivalent. On the one hand, it names the legal process whereby squatters or landless occupants are evicted by force so that a building or farmland is returned to its legal owner. More often than
not, such events have result in spectacles of police brutality, as was the case in the Prestes Maia and Pinheirinho occupations. On the other hand, and more abstractly, the title subtly proposes to peel the layers of symbolic and ideological monumentalization imposed on those rather modest constructions, not in order to return to an also mythical state of origin, but rather to reflect on the uses of history itself.

Rocha Pitta’s intervention was very concise: the whole house was left empty except for two rings of objects lying in the center of the main hall. The outer ring consisted of decrepit household items such as a mattress, a disassembled kitchen sink, chairs and an old, broken TV set. They were all chained together, signaling perhaps their residual value to a dispossessed subject, but also giving rise to a sense of coercion and violence. In the inner circle, each object was mirrored by a solid taipa block of the same volume. The sculptures were built in situ and bear the marks of the wooden planks that encased the earth being rammed, lending them a palpable sense of having risen from the ground. An ancestral quality thus crept in: at some points, it might seem as if we were looking at an archeological site or model of an ancient city, with the blocks morphing into monumental ziggurats. Both literal and uncanny “things of the earth”, the taipa sculptures seemed impervious to the controlled historiographical operations enacted by Costa and his peers.
The exhibition’s strength lied mostly in the way it skillfully evoked and pitched such highly diverse registers against each other. Returning from the dark, empty rooms, viewers were necessarily forced to face once again this strange ensemble, made all the more solemn by the fluorescent lamps that hang low from the high ceiling. The obdurateness of the taipa blocks and the precariousness of the objects resulted
in a strange mirroring, reminiscent perhaps of the disjunctive overlaying of historical mythmaking and everyday use and social struggles in the urban arena. A sculptural snapshot of ideology, as it were.
Sérgio B. Martins, Ursprünglich veröffentlicht auf Englisch bei Artforum, Dezember 2018 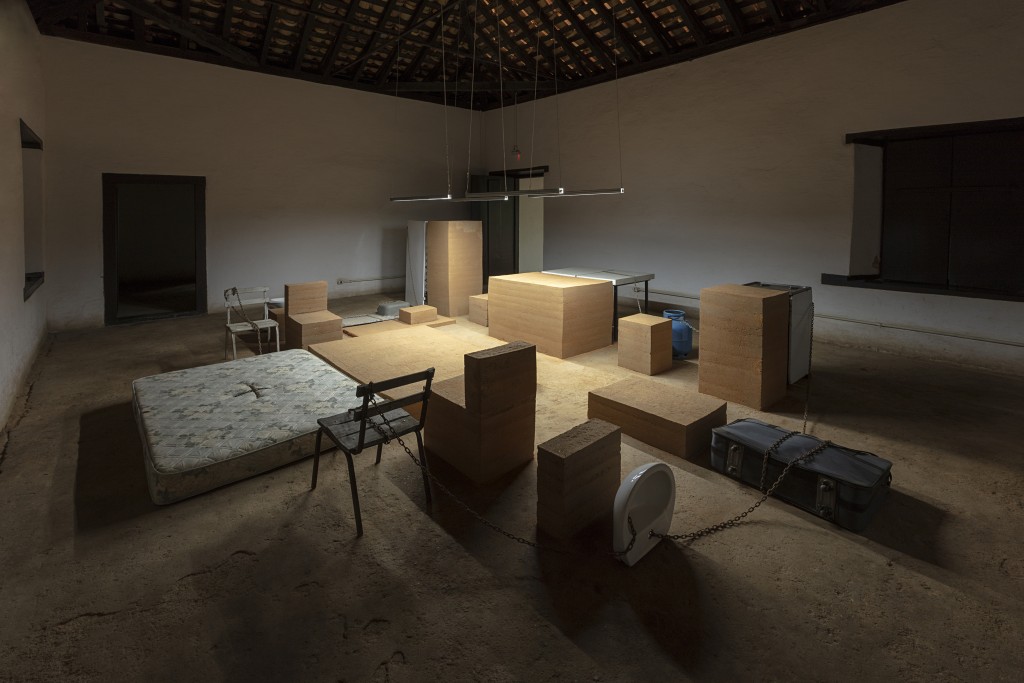 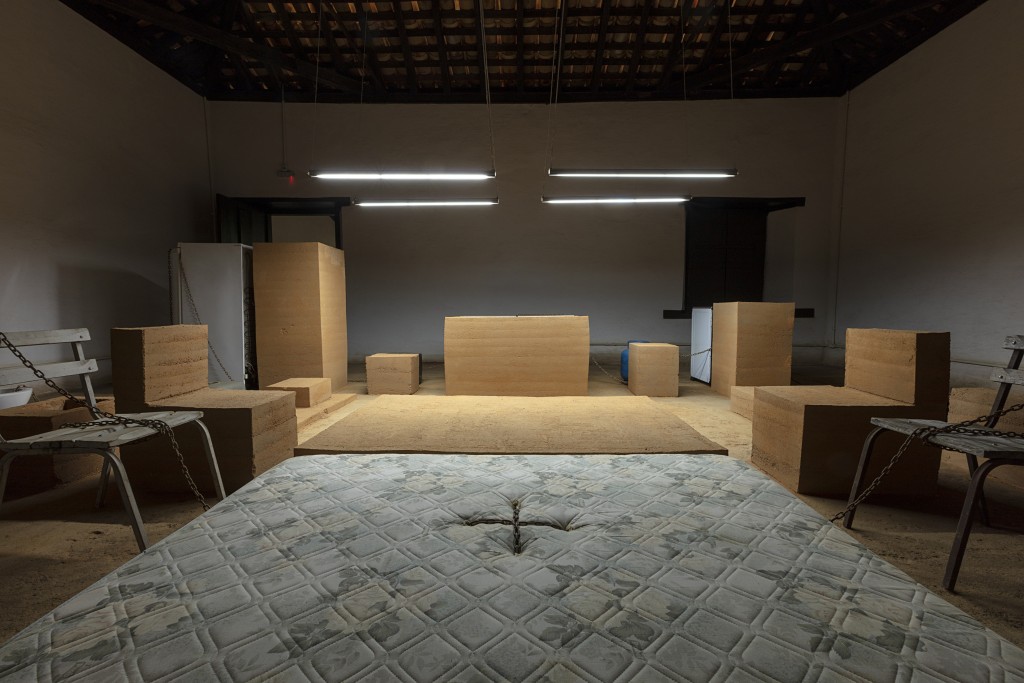 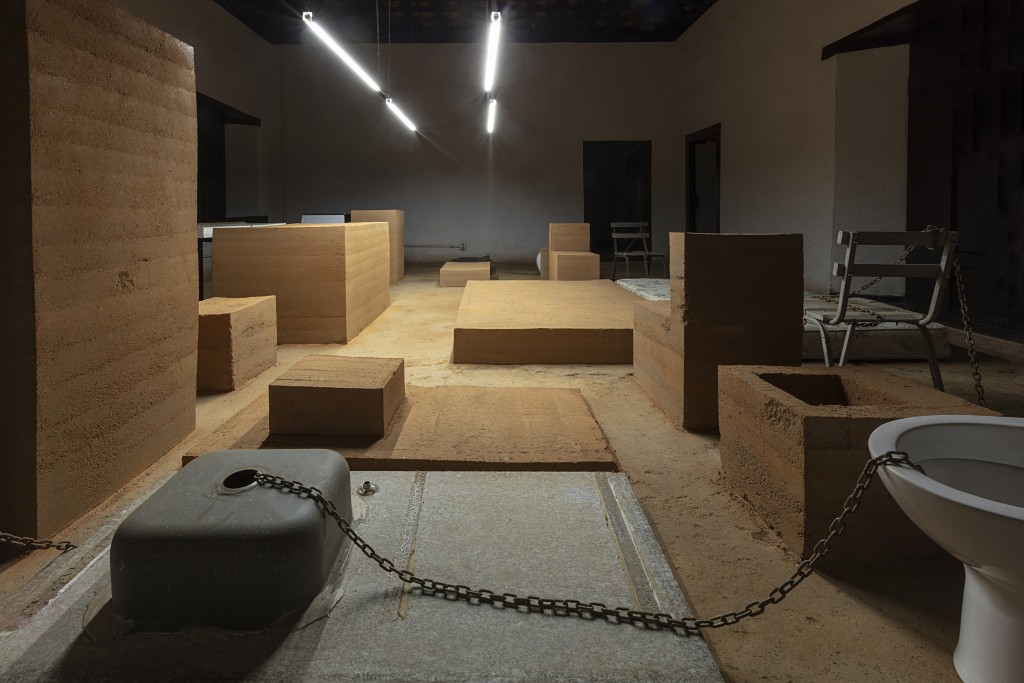