Luftschloss is an itinerant house of thread which appears and disappears in various
cities, questioning the district where it becomes established and the appropriation
of the public place.The
image of the house reminds us our origins, where from we come (it was often associated
with the stomach of the mother). It preserves a part of our past. «Thanks
to the house, a large number of our memories are accommodated « (Gaston
Bachelard, the poetics of the space). It tried to reflect Berlin, pierced,
imprinted by culture of the ephemeral , the off, the hidden, letting glimpse what
the city could have been. It appeared in Neukölln on June 14th, 2011, a district
in full gentrification.
It is a contextual installation, it appears in one day in the public place by hanging
on to the walls of a «hollow tooth», an alley, to the entrance of a court, revealing
the void of the place. It joins in a chosen urban context (for example a district
in transformation) and feeds on this to tell various stories. Suspended, it does
not occupy a territory to the ground, questions the appropriation of the public
place, and reminds the treehouses of our childhood. We live there mentally.
Its shape is symbolic; it is close to the image of the house in the collective imagination.
It is thus about a ephemeral intervention, it is an appearance for the inhabitants
who do not notice it necessarily at once, but can have the feeling that
something is missing when it disappears. It testifies to the transition, the change,
and lets us glimpse the possibilities of a city. 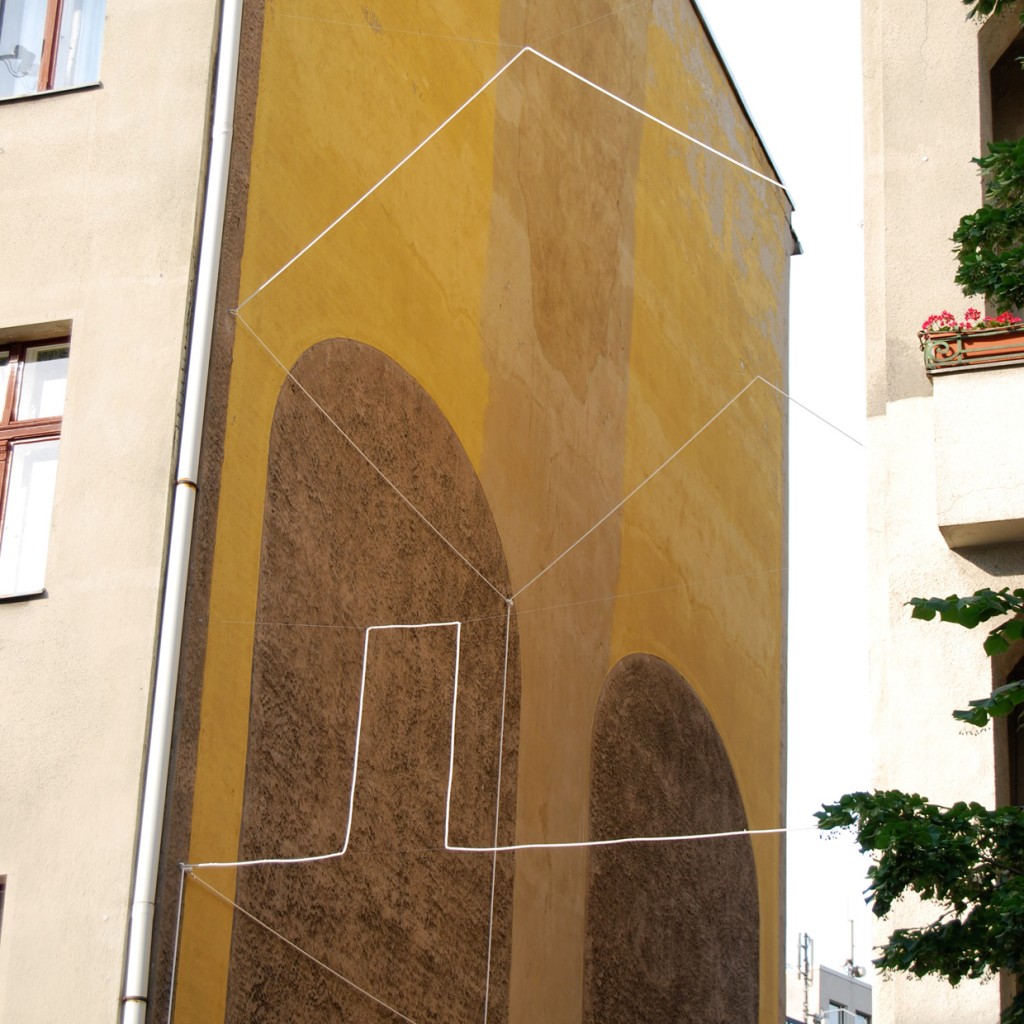