"Jessy", a permanent install at the Israeli Center for Digital Art, Holon is a part of "Murals", a group exhibition on the subject of public artworks on walls curated by Udi Edelman.

The Center operates in the Jessy Cohen neighborhood of Holon, built in the early 1950s with funds donated by American-Jewish philanthropists Max and Jessica Cohen. Their vision was to provide public housing solutions for new immigrants who arrived in Israel from Eastern Europe and the Arab states. Locally called simply "Jessy", the neighborhood was known for its high crime rate in the ’80s and ’90s. The light sign "Jessy" (written in Hebrew letters) references the neighborhood, suggesting a bright new future for it. 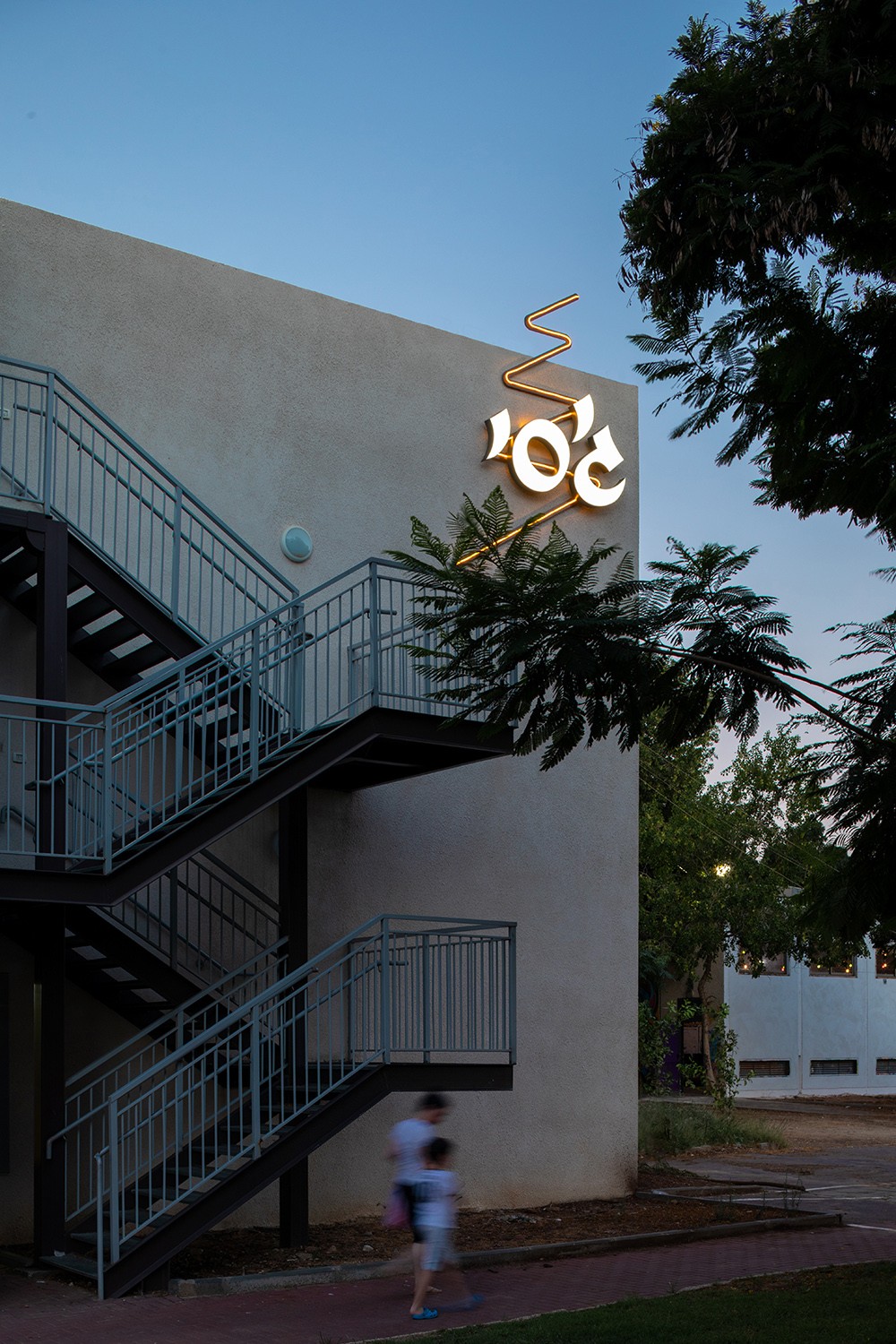