An action that sets out to revive a public space that has ceased to serve its function as a central square. The Market square of Biedenkopf had suffered, a consequence of the advanced auto-mobilization of the population. As most of the trade businesses have moved from the inner city to the industrial area, served by the bypass road, the Market square in Biedenkopf has stopped to serve its original role. I worked with students from the european Urban studies and Architecture, and was able to closely inspect the different methodologies adopted by architects. Through identifying the urban pattern based on the architecural report, I was able to see the town’s dynamics in a broader context. In this participatory action, people were invited to drive their cars, their trunks packed with things to sell, into the market square.

Parking was specifically directed; trunks facing in, forming a circle around the monument. The then-enclosed space formed by the cars and the monument attracted people. Beside the participating cars, i had personally set up two cars. One, as the information counter, offering tea/coffee in exchange for ideas and the other as the mobile DJ station. 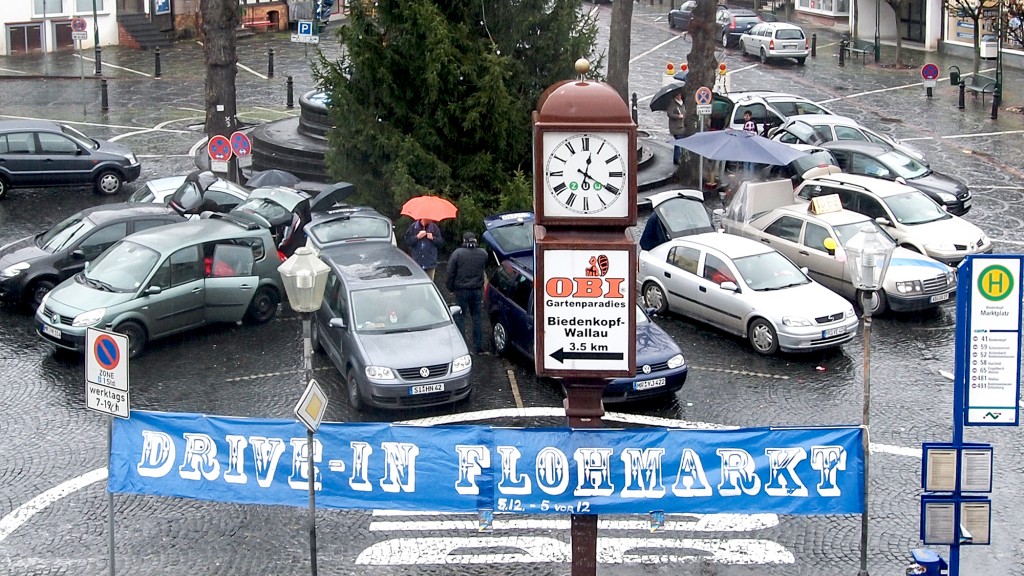